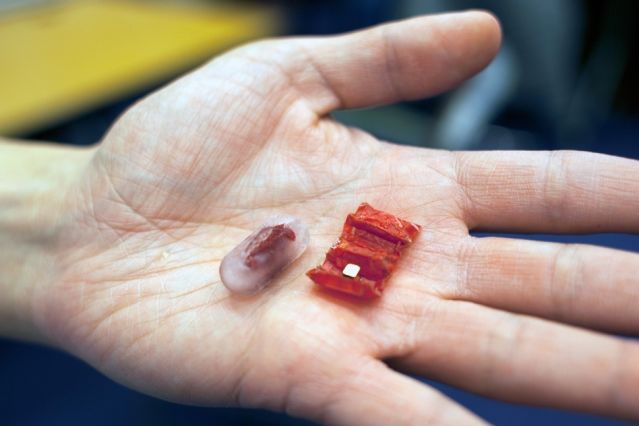 The origami robot pill works by unfolding itself once it is swallowed, and is then controlled by external magnetic fields that cause it to crawl across the stomach wall and retrieve a swallowed button battery or fix a wound. The small robot can propel itself with a "sick-slip" motion, essentially by flexing its body. The origami pill could have important applications in health care, including eventually having the ability to perform surgical operations. Surprisingly, accidentally ingested button batteries have the capacity to actually burn stomach tissue -- so this would be an excellent tool for resolving that problem.

The tiny origami robot is made up of a biodegradable wrap similar to sausage casing.
4.1
Score
Popularity
Activity
Freshness
Jeremy Gutsche Keynote Speaker