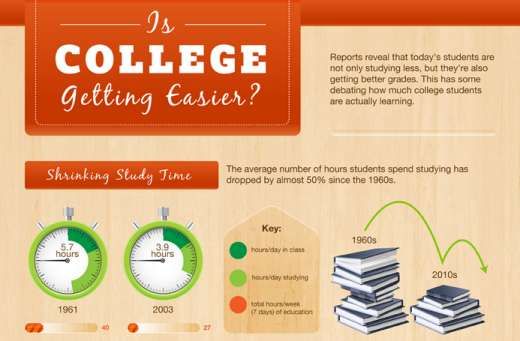 According to this study, some of the reasons as to why there is such as huge shift in the number of study hours include laziness, distracting college culture, part-time jobs and the efficiency of modern technology.

WikiLeaks Founder Infographics
The Julian Assange: Why We Love and Hate Him Chart Takes Two Sides