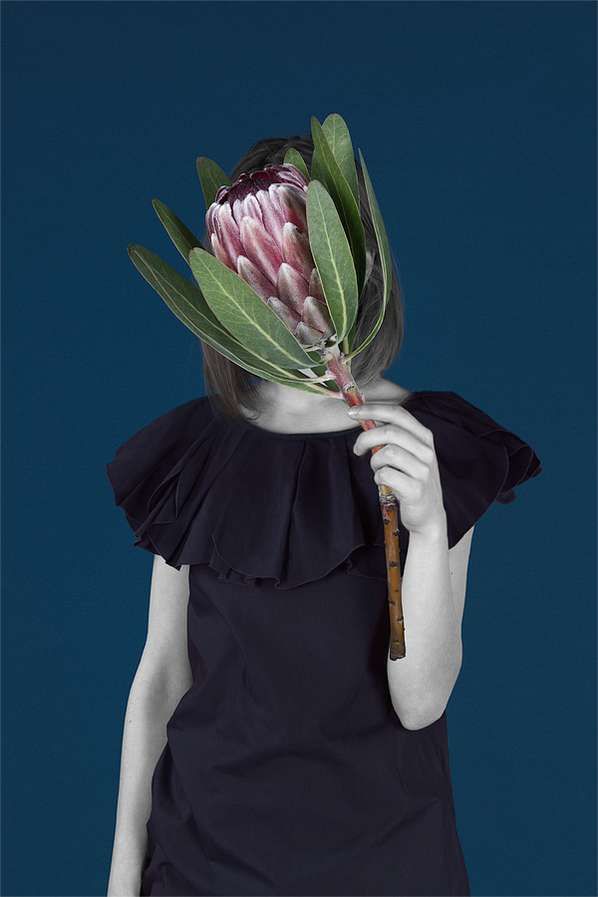 This Olya Oleinic Series is Green and Artsy

Looking through many of the shots, one can't help but think of Rene Magritte's famous painting 'The Son of Man,' in which a floating green apple hides the face of man wearing a suit and a bowler hat. Throughout the series, model Anfisa Voitenco's face is obscured by large leaves and plants.

Even when the photographs don't seem to be directly influenced by Magritte, they're still pretty surreal. Ironically, it's because the model's face is hidden behind foliage that one is drawn to look closer. Olya Oleinic and her assistant Stefaniya Gutovska have done a good job at piquing viewers' interest in this respect.

Lettuce-Leaf Rain Gear
The Vegetabrella Proves that Veggies are Practical