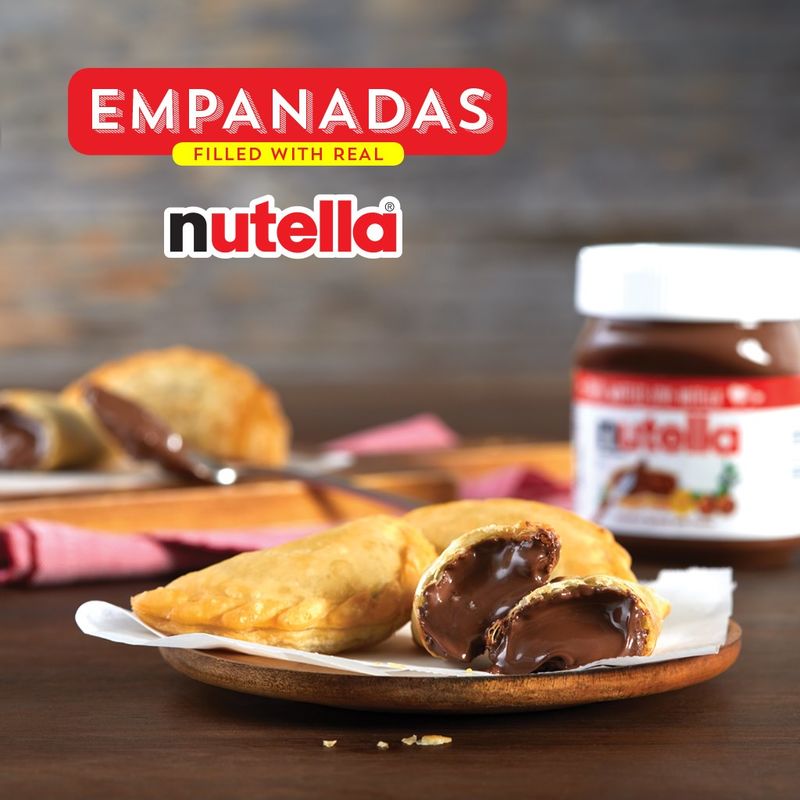 For those unfamiliar, an empanada is a baked or fried pastry made by folding dough over a stuffing like meat, cheese, or corn. The pastry is popular in Latin American and Filipino cultures, and usually contains a savory filling. However, Pollo Tropical is offering a sweet twist on the beloved dish by swapping the savory filling for everyone's favorite chocolate hazelnut spread, Nutella. The entire pastry is then deep-fried until crisp for a warm dessert that's both creamy and crispy.

In addition to the new Nutella Empanada, Pollo Tropical is also serving up Tostones as a new side dish option. Tostones (also known as Patacones) are twice-fried plantains that are crispy on the outside and soft on the inside.