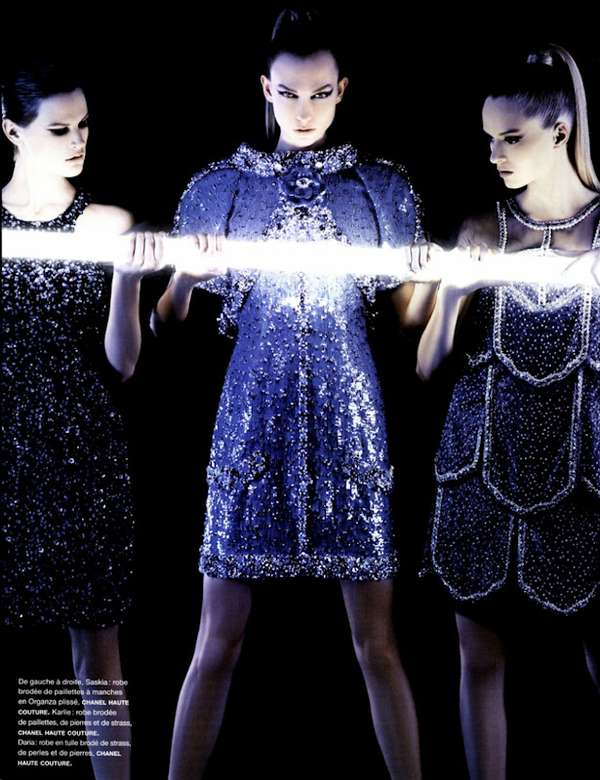 Rebecca Byers — February 27, 2012 — Fashion
References: numero-magazine & thingsilike-rotex.blogspot
Share on Facebook Share on Twitter Share on LinkedIn Share on Pinterest
Models of the moment Karlie Kloss and Lindsey Wixson star in a fierce editorial for Numero 131, March 2012. The shoot produced a high-contrast set of images that pairs bright fluorescent lights with a black backdrop that really highlights the embellished details of the clothing.

The couture-filled spring editorial was shot by the one and only Karl Lagerfeld, who continues to succeed in every possible form of art he tackles. The shoot, titled ‘Neo-Couture,’ also produced the cover image, as Karlie appears on the front of the Numero 131 issue.