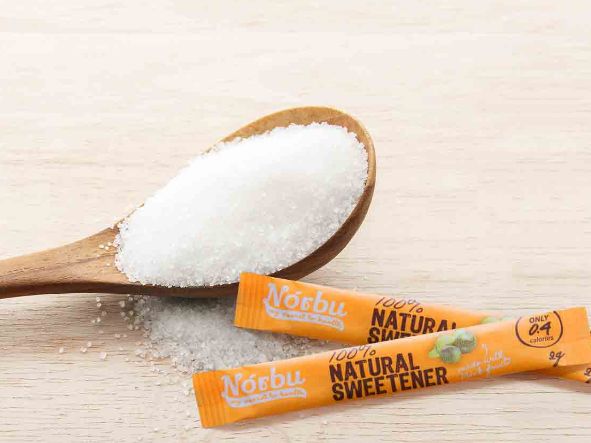 Mishal Omar — April 12, 2017 — Lifestyle
References: norbusweetener.au
Norbu describes itself as a '100% Natural Sweetener' that distinguishes itself from its competitors with its claim that it does not have the same "bitter aftertaste" that they do.

Norbu's sweetener is based in Monk Fruit, which "has been cultivated and hand-picked for centuries in the remote hillsides of central Asia." The fruit is increasingly being used as a natural sweetener, taking over the stevia-dominated sugar alternatives offered in the current market. Norbu's sweetener is offered in a canister or in small sachets, and contains 0.4 calories per serving without the bitter aftertaste that sugar alternatives have become known for.

This fruit-based sweetener gives consumers a healthier, guilt-free alternative to the many other sugary products that are available on the market.
2.1
Score
Popularity
Activity
Freshness