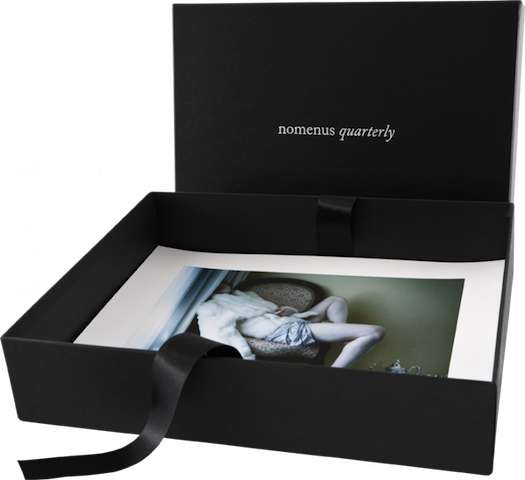 Corinne Guirgis — May 6, 2011 — Luxury
References: nomenusquarterly & tmagazine.blogs.nytimes
Share on Facebook Share on Twitter Share on LinkedIn Share on Pinterest
A magazine that costs from $2,500 to $6,500 per issue may seem unfathomable and unsellable, but Nomenus Quarterly is quickly becoming one of the most reputable art publications in the world. This extremely expensive publication showcases a healthy mix of previously unpublished or unseen art and photography, along with some well-known works.

The founder, Erik Madigan Heck, is a photographer, film maker and art director from New York whose works are featured regularly in Nomenus, as well as many other publications and galleries. His most recent series for the magazine of model Mary Katrantzou has received mass critical acclaim.

Some argue that the high price point of the magazine may just be a gimmick to bring attention and publicity to the mag, but the diverse and rare body of art and photographs it features is every art collector's dream! And at a print run of only 10 copies, the magazine itself is a collector's item.
6.1
Score
Popularity
Activity
Freshness
View Innovation Webinars