No eBook for Harry Potter 7 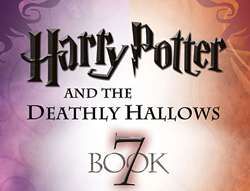 Hobbyist — February 7, 2007 — Business
References: clieuk
Share on Facebook Share on Twitter Share on LinkedIn Share on Pinterest
eMuggles everywhere are lamenting the news that the 7th and last installment in the Harry Potter series, "Harry Potter and the Deathly Hollows", will not be released as an e-book. However, this comes as no surprise to anyone following author J.K. Rowling's history with not allowing any of the other Potter books to be released as e-books. The author's stance has been firm, and she gives two reasons; avoiding online piracy and a desire to have readers experience the books on paper. J.K. Rowling herself often writes on her website about having issues finding paper to feed her preference for writing in longhand.

For most people, this isn't really much of an issue since e-books never really took off with a mainstream audience but the option would be nice for a series that's already sold over 325 million copies. I guess magic wands, enchanted items and wizard hats don't mesh well with modern technology.
3.9
Score
Popularity
Activity
Freshness
Access Advisory Services