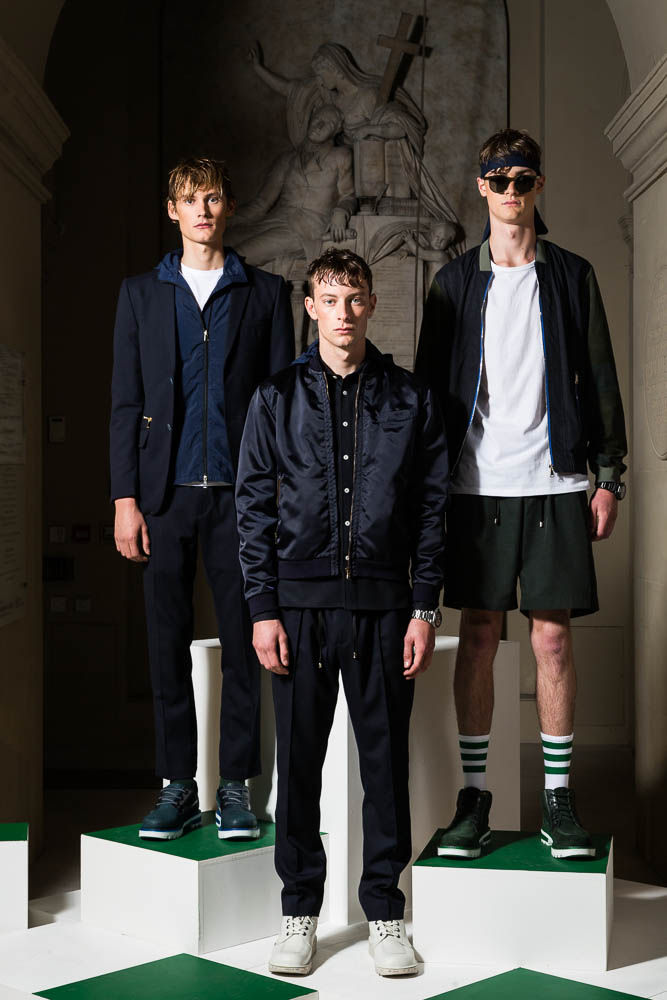 The Nixon x Baartmans and Seigel Lookbook is Controlled

Vasiliki Marapas — July 9, 2014 — Fashion
References: baartmansandsiegel & highsnobiety
Share on Facebook Share on Twitter Share on LinkedIn Share on Pinterest
The Nixon x Baartmans and Siegel SS 2015 collection was inspired by hyper-controlled environments. The lookbook has a rigid, utilitarian vibe, not unlike that of a platoon. The collective masculine energy is harnessed to give the impression of sheer force beneath the mask of discipline. There's something exciting about its potential, actively restrained, bubbling to surface.

The clothes by the London-based brand (Baartmans and Siegal) are complemented by sporty, militaristic watches from the California manufacturer. Ultimately, the sensible, pragmatic collection functions much like a well-oiled machine; everything has a detailed purpose, working together for a single goal. Again, this is much like how a platoon functions.

Overall, the Nixon x Baartmans and Siegel SS 2015 lookbook presents a fashionable squadron of men accustomed to getting things done.