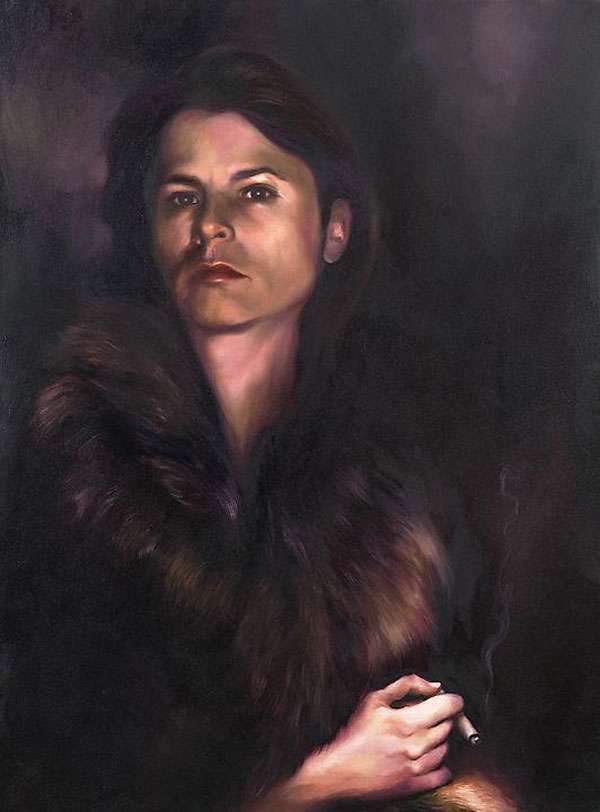 Controversy is Formed in the Latest Nir Hod Genius Series

Romina S. Cortellucci — August 19, 2012 — Life-Stages
References: paulkasmingallery & faithistorment
Share on Facebook Share on Twitter Share on LinkedIn Share on Pinterest
The realistic paintings featured in the Nir Hod Genius series glamorously captures cigarette-bearing children. Often times, the work of New York-based artist Nir Hod examines the themes of loneliness, beauty, luxury and death. His latest series encompasses all of the aforementioned topics, as the highly stylized paintings capture the loss of innocence of lone youths. The aristocratic poses of the young men and women are juxtaposed against their fresh faces.

One would never expect the cherubic-cheeked children to be surrounded by smoke from their own cigarettes, as their faces scorn the viewer. Youth are often faced with the race to be grown up, as television screens filled with sex, violence and vices lead them down a path of hedonism that prevents a carefree childhood. The clear dissatisfaction in the subjects' faces from the Nir Hod Genius series can provide a critic of today's society.

Exclusive Planetary Wines
Jupiter Wine is Only Available Via Invitation