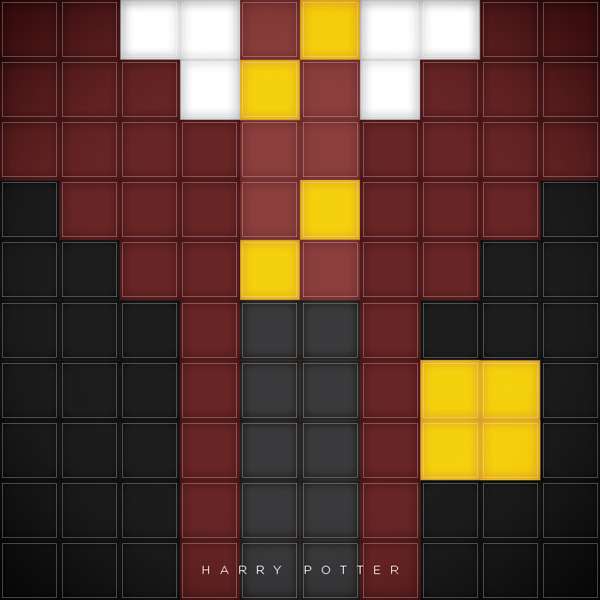 Jason Soy — May 23, 2012 — Pop Culture
References: behance.net & blog.thaeger
Share on Facebook Share on Twitter Share on LinkedIn Share on Pinterest
To truly appreciate this series Nicola Bolfelli has put together, you’re going to need an extensive knowledge of cinema, as well as the ability to squint. The Milan, Italy-based graphic designer has fashioned countless pixel art posters depicting the torsos of memorable movie characters, and they each appear clearer the further away you are. Some of the ones Bolfelli have created thus far include Harry Potter, Hulk, Dr. Manhattan, Austin Powers, Fred Flintstone, Iron Man, Captain America and, perhaps the funniest of all, Rose from Titanic. The images in this gallery only scratch the surface of how extensive this collection truly is.

Nicola Bolfelli renders each cinematic chest using ten by ten grids, or 100 squares if you prefer. It’s quite remarkable how he’s able to convey so much detail in clothing with such a restrictive artistic limitation.