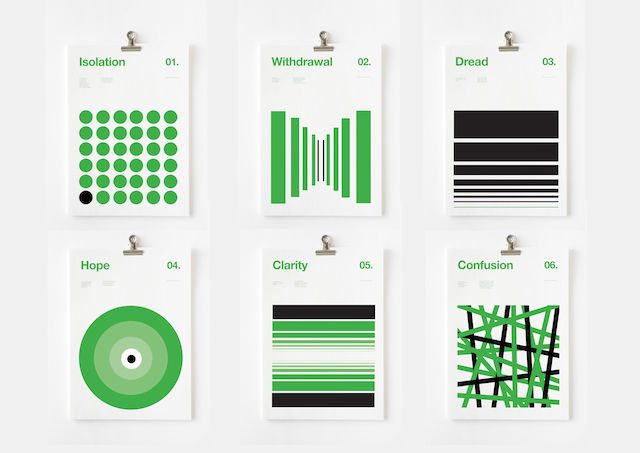 Using simple shapes, the artist works with black, white and green colors and experiments with circular, linear and rectangular shapes. Though simplistic, Nick Barclay's set of graphic posters is powerful and manages to capture the emotions that are associated with symptoms of depression.

While withdrawal is represented as a tunnel in perspective, isolation is depicted as one black circle in a cluster of green spherical shapes. Moreover, confusion is represented as a mix of layered, geometric lines that appear scattered together organically.

Tough Paper Towel Ads
These Brawny Ads Have U.S. Soldiers Describe What 'Tough' Means to Them