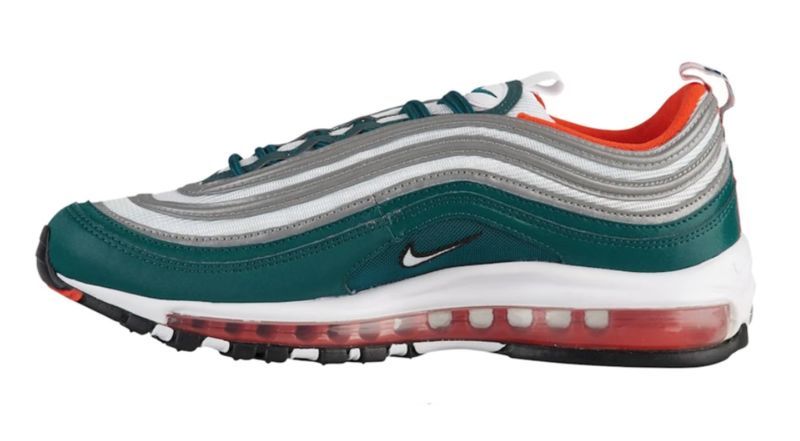 The Air Max 97s utilize the same iconic design they're known for, with wavy lines featured along the uppers in alternating hues of white and gray, as well as transparent accents on the soles. Nike's classic Swoosh logo is shown on the sides of the uppers as well, where it's included in a small embroidered design.

While the majority of the sneakers are overtaken by hues of white, gray and turquoise, Nike includes plenty of vivid orange accents that provide lots of contrast. These components are featured within the transparent soles, as well as on the inner lining.