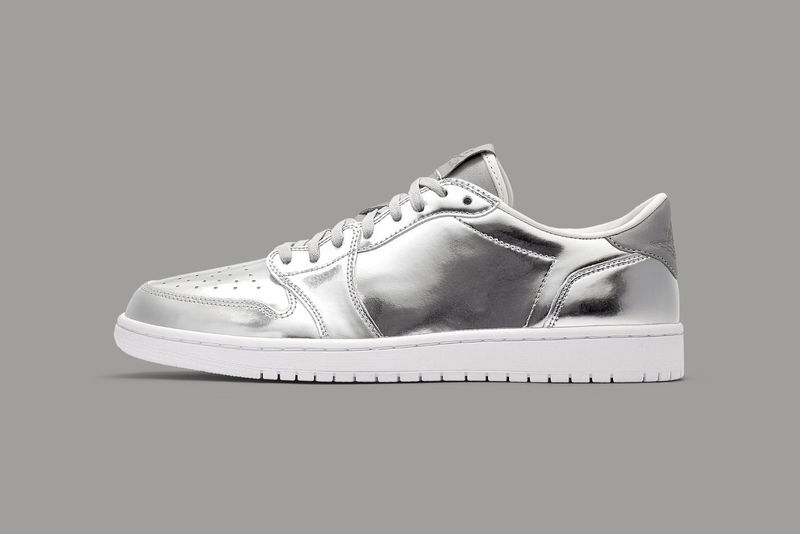 Riley von Niessen — October 24, 2016 — Fashion
References: nike & hypebeast
Share on Facebook Share on Twitter Share on LinkedIn Share on Pinterest
Not long ago, Nike released an all-gold Air Jordan 6, updating the model with a bold finish that's enhanced by an oversized Jumpman tag that hangs down from it -- now, the brand is back with some new Air Jordan 1s.

With the low-top model much more subtle than the Air Jordan 6, the silver material that's used to construct its upper has a different effect. In addition to being a bit more versatile, while still remaining bold in its appearance, the new Air Jordan 1s feature very little branding -- replacing the Swoosh logo with the metallic material that's largely uninterrupted for the entirety of the design.

Exceptions to this include the matte gray tongue and heel accents, as well as the white sole and laces.
4.6
Score
Popularity
Activity
Freshness
Get Trend Hunter Dashboard