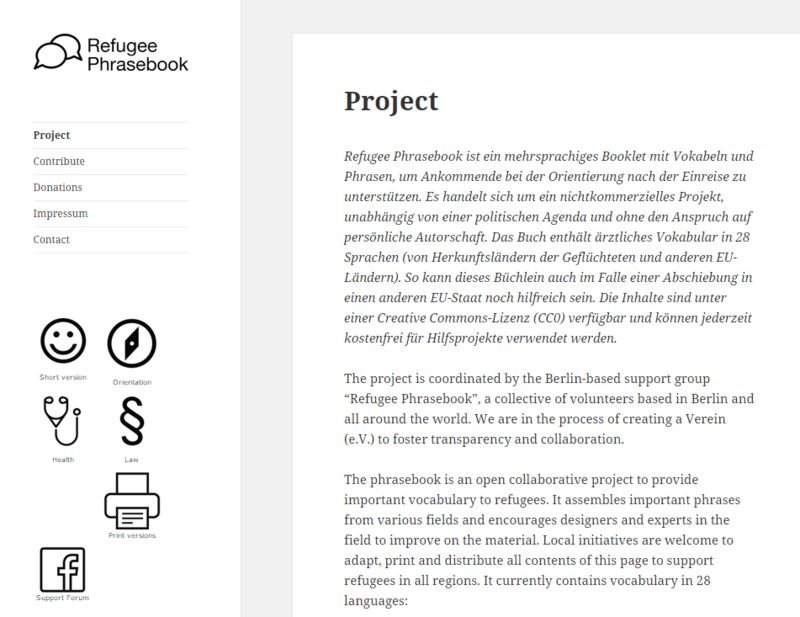 This Guide Helps Volunteers Respond to the Needs of Refugees

Katherine Pendrill — September 14, 2015 — Social Good
References: refugeephrasebook.de & magazine.good.is
Share on Facebook Share on Twitter Share on LinkedIn Share on Pinterest
A group of German volunteers recently put together a phrasebook that helps them to better respond to the needs of refugees. In recent months, Germany and other European countries have faced an ongoing migrant crisis. While many residents have volunteered to help the refugees, the language barrier has caused a number of problems.

To make it easier for volunteers to respond to the needs of refugees, a Berlin-based support group came up with the 'Refugee Phrasebook.' The handy translation guide is divided into various sections, which include general, medical and juridical needs. The Refugee Phrasebook contains information in the language of the refugee, as well as those who are trying to help them. Though the use of crowdsourcing, the team of volunteers has collected over 300 phrases in 28 different languages. Some of the languages featured in the guide include Turkish, Urdu, French and various dialects of Kurdish.

The phrasebook is a valuable tool for those who are trying to help refugees.
0.6
Score
Popularity
Activity
Freshness
View Innovation Webinars