Elevators for Extraterrestrial Travel
Next
Set of
Related
Ideas 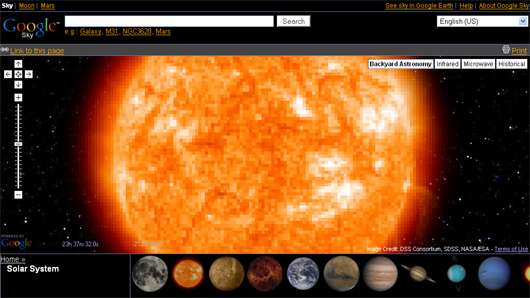 Geebee Micro — March 25, 2009 — Tech
References: worldwidetelescope.org & news.cnet
In a bid to gain an edge on Google Earth, Microsoft announced it’ll be partnering with NASA to offer space data on the Web.

Working together, the two organizations will collaborate on both the infrastructure and technology to bring the images online.

NASA will process the images and, near the end of 2009, Microsoft will put it up on their Worldwide Telescope site, which is basically a virtual telescope.

There, users will be able to look at the images they’re interested in and use tools for a closer look or pan the landscape.
1.2
Score
Popularity
Activity
Freshness