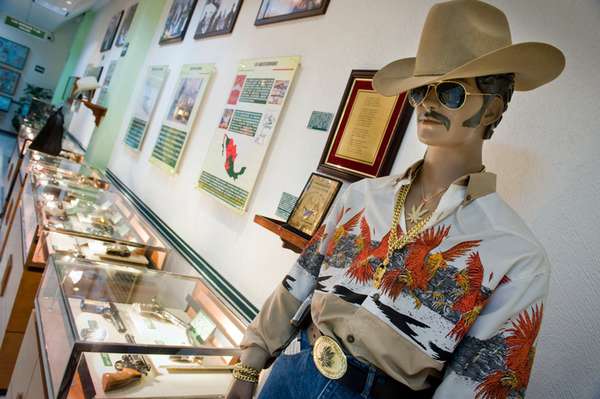 The Narcocorridos Culture Takes Off in Central America

Omar Yusuf — September 19, 2011 — Pop Culture
References: trendpool
Share on Facebook Share on Twitter Share on LinkedIn Share on Pinterest
The love-hate relationship between the citizens of Mexico and the drug cartels holding their country hostage has culminated into a media subculture known as Narcocorridos. The interplay between fact and fiction in the films and songs about drug dealers is one of a kind in the world and worthy of investigation.

As bureaucrats continue to comply, bodies continue to pile up and the climate of fear lingers over Mexico, blame falls squarely on the shoulders of one social group: the Narcos. Mexico's drug dealers enjoy the wrath and reverence of their compatriots, and this bipolarity is best exemplified by Narcocorridos, songs and films that glorify the blood-curdling exploits of peddlers. Similar to the street gangster appeal that gripped the United States, icons like flashy jewelry and ostentatious cars are part of the Narco lifestyle. In fact, the fascination with drug dealers is so widespread that a Narcocorridos museum has recently opened in Mexico City, showcasing the weaponry and contraband of the country's most wanted men.

Marisa Arizpe of Trendpool.com notes that youngsters have "no clear leaders to look up to, creating a gap that is filled by the characters that apparently have the power, money, women, and guns to make things happen." An intriguing, albeit dejecting state of affairs.
2.2
Score
Popularity
Activity
Freshness
Attend Future Festival Virtual