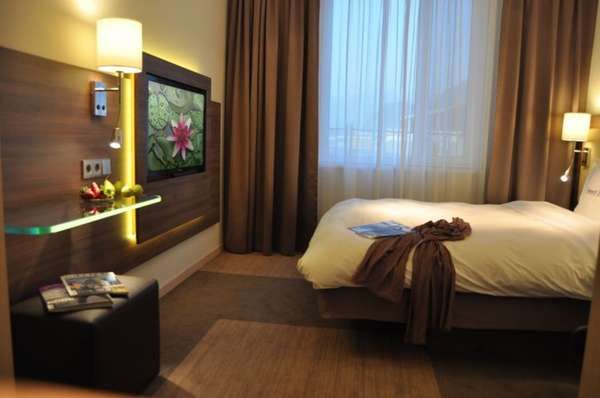 Meghan Young — March 5, 2013 — World
References: moxyhotels & theverge
Share on Facebook Share on Twitter Share on LinkedIn Share on Pinterest
More often than not a person walks through an IKEA showroom wishing they can walk out with the exact same setup; it is this sentiment that makes it completely unsurprising the Moxy Hotels have been furnished by the Dutch-based home products company, specifically Inter IKEA, a fellow member of the parent IKEA Group. Simple and modern, this partnership certainly tailors the Moxy Hotels to the rapidly emerging Millennial global nomad.

Created by Marriott International Inc., the Moxy Hotels targets a more youthful and frugal clientele, which is in line with "IKEA's design philosophy for high-end appearances on a low-end budget," as noted by The Verge. The first few Moxy Hotels are set to open in Milan, Berlin, London and Frankfurt followed by up to 150 others across western European and the Nordic region.
6.1
Score
Popularity
Activity
Freshness
Attend Future Festival