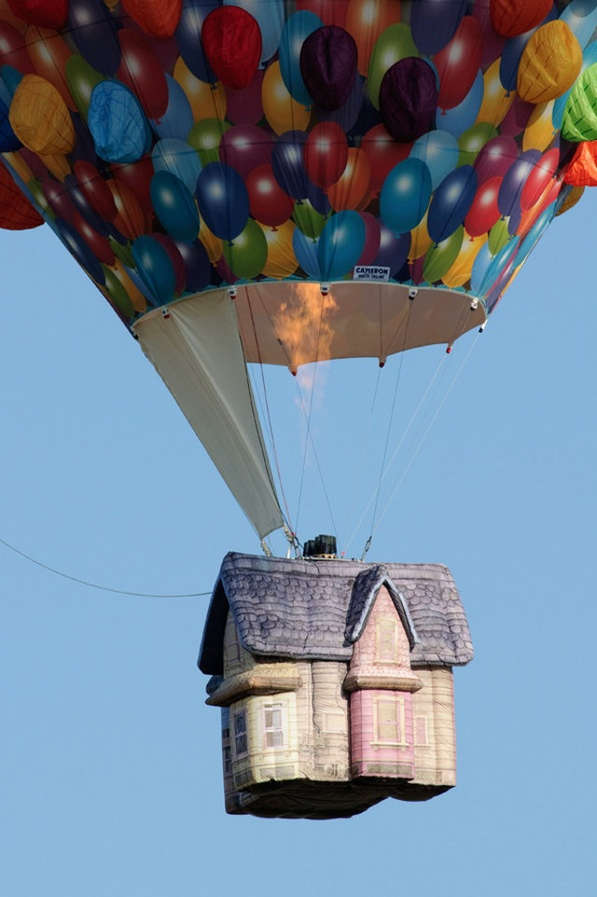 Andrew Sztein — February 5, 2013 — Pop Culture
References: imgur & geekologie
Pixar knew the appeal of flying houses when it made the movie 'Up,' in which the main character leaves his neighborhood by attaching thousands of balloons to his house.

The feel-good kids movie came just a little closer to reality with this awesome replica of the flying house right out of the movie. Unfortunately, this isn't an actual house suspended by tons of balloons, but rather an intricately detailed hot air balloon that certainly stands out in the sky.

The house is the basket, which looks more than a little odd when the flames shoot out of the top to fill the balloon. The balloon portion of the replica is more than just drawn on little balloons. It actually has inflated balloons attached in order to sell the illusion from the movie more effectively. Can I live in one of these flying houses? I'd never leave.
0.9
Score
Popularity
Activity
Freshness