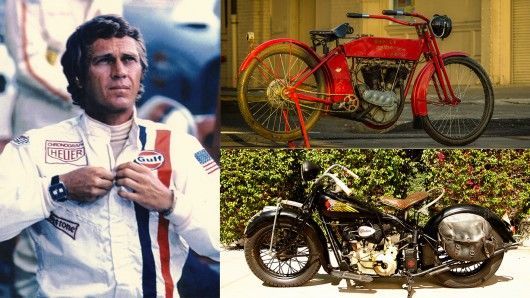 Rahul Kalvapalle — December 30, 2014 — Autos
References: mcqueenonline & gizmag
Share on Facebook Share on Twitter Share on LinkedIn Share on Pinterest
As far as motorcycle auctions go, they don't come much more anticipated than this one. Steve McQueen may have been the world's highest-paid actor, but he was also a motorcycle rider who represented the USA in the International Six Day Trial, the world's oldest international off-road competition, and was an international class racing car driver. Therefore it's unsurprising that people sit up and take notice when motorbikes from his collection go up for auction.

One of the highlights of the upcoming Steve McQueen auctions includes a 1936 Indian Chief, which has an estimated value of $80,000 to $100,000, even though it is expected to sell for far more. The bike comes with a certificate of authenticity.