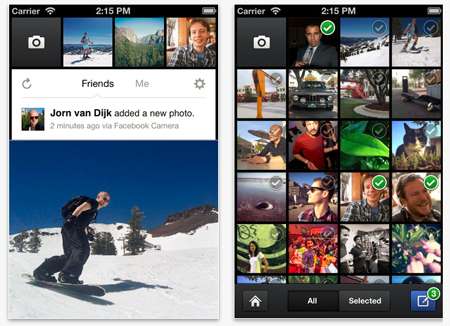 The Mobile Facebook Camera is Similar to the Popular Network

Dirk Stoop, a Facebook product manager, commented to the New York Times that though the features between the two apps are indeed similar, they were in the works before the acquisition and not created by the Instagram team.

The much-anticipated (it's one of the top-trending topics on Twitter) Mobile Facebook Camera app display comes after the announcement of the upcoming Google+ app, both of which have intensely upgraded photo displays.
3
Score
Popularity
Activity
Freshness
Jeremy Gutsche Keynote Speaker