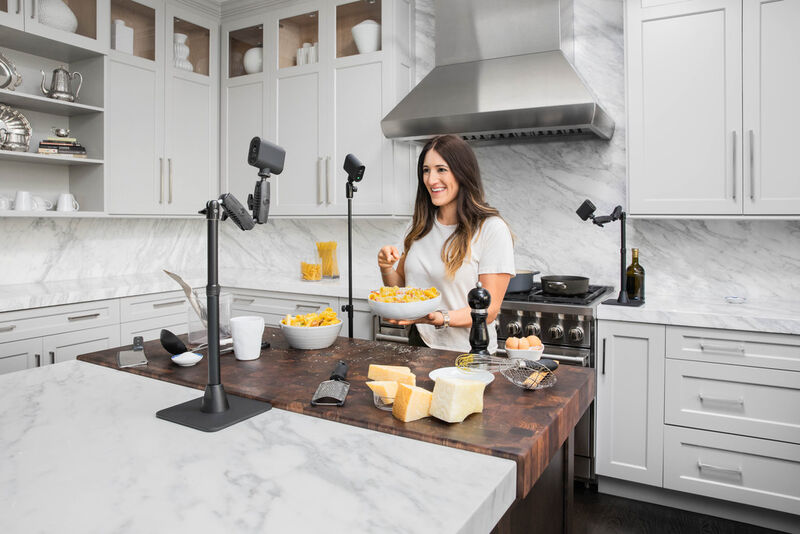 Niko Pajkovic — October 15, 2021 — Tech
References: mevo & stuff
Share on Facebook Share on Twitter Share on LinkedIn Share on Pinterest
Logitech For Creators has announced the launch of the 'Mevo Start 3-Pack.' Described by the company as a "broadcast studio in a box," this unique video kit consists of three portable, wireless 'Mevo Start' cameras, which are designed specifically for live streaming and recording in 1080p HD resolution.

The 'Mevo Start 3-Pack' launch is also accompanied by the release of the 'Mevo Multicam' app, which allows users to control the three cameras from their phones, tablets, or computers, enabling them to produce professional-grade, multi-angle streams with ease.

In addition, the 'Mevo Start 3-Pack' was designed for versatile use. “Whether you’re live streaming from your kitchen, music studio, or even a baseball game, you can easily create a professional, high-quality, multi-angle stream with Mevo,” said Otto Cedeno, Head of Marketing for Mevo at Logitech for Creators.