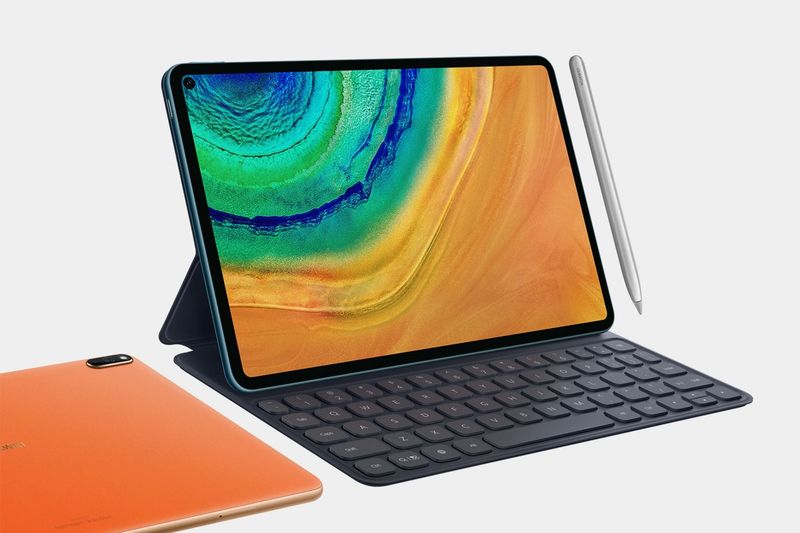 Huawei Created a New Tablet That Doubles as a Wireless Charger

Daniel Johnson — February 26, 2020 — Tech
References: huawei & hypebeast
Huawei launched a new tablet priced at $870USD, which is named the 'MatePad Pro.' The new product will be released for Chinese markets in June and it will be available through the company website.

The company released previous iterations of the tablet but the new MatePad Pro is the first to have 5G capabilities, as well as other new features. The most notable new feature is the ability to also serve as a wireless charger, and it can power other devices at a speed of 27W and 7.5W.

The tablet measures in at 10.8 inches, and like other tablets form the company it has the ability to charge its keyboard, which doubles as a case for the device.