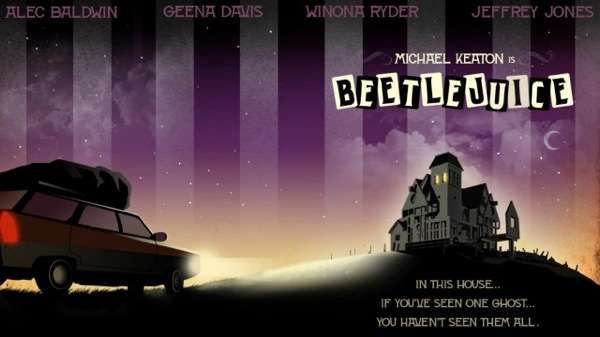 Jason Soy — June 13, 2012 — Pop Culture
References: martinwoutisseth & blog.thaeger
Share on Facebook Share on Twitter Share on LinkedIn Share on Pinterest
Previously, Martin Woutisseth crafted a series of pictures and a short animation paying tribute to the great Stanley Kubrick, and now he’s given the same royal treatment to director Tim Burton. Woutisseth meticulously revisited every movie found in Burton’s eclectic filmography and has rendered title card images in the styles of each respective motion picture. The results are simply stunning as Woutisseth channels Burton’s distinct visuals in own his creations without sacrificing fidelity to his personal style.

Viewers will no doubt be overwhelmed with nostalgia as they look at the Martin Woutisseth’s illustrations inspired by Beetlejuice, Edward Scissorhands, Batman, Ed Wood, The Nightmare Before Christmas, Mars Attacks and more. Those who have five minutes to spare should also look at the animation Woutisseth put together using images from this gallery. The animation can be found on his website.