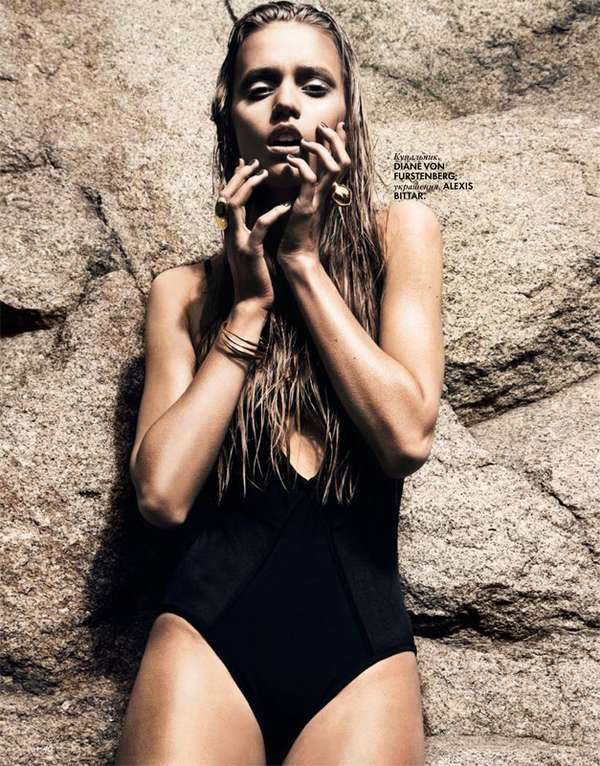 Mariya Melnyk is Deserted and Decadent for Elle Ukraine June 2011

Mariya Melnyk is a native of Kiev, Ukraine, and thanks to her her youthful exuberance and staggering good looks, she has earned herself a coveted international contract with IMG Worldwide.

In this Elle Ukraine June 2011 spread, Mariya Melnyk dons bathing suits from upscale fashion designers Alexander McQueen, Diane von Furstenberg and Herve Leger. Set against the backdrop of a desert island, Melnyk dominates the shoot with expressive facial emotions and body control, showing a skill at conveying a range of different feelings and moods at the drop of a hat.

With this editorial as evidence, Mariya Melnyk appears to be on the brink of a lengthy and successful career.
6
Score
Popularity
Activity
Freshness
View Innovation Webinars