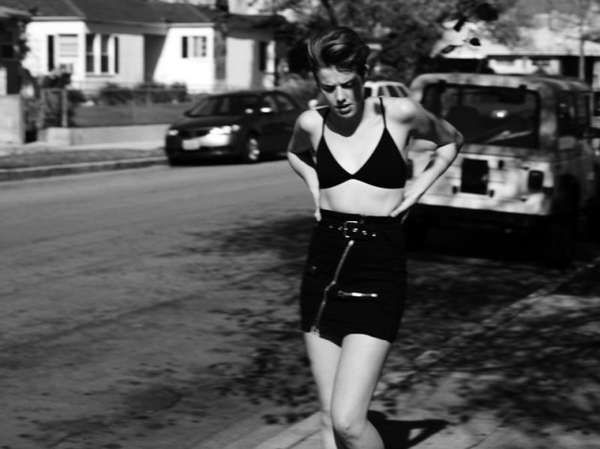 Jordan Sowunmi — May 16, 2011 — Fashion
References: manabouttown & bkrw
Share on Facebook Share on Twitter Share on LinkedIn Share on Pinterest
The latest from fashion designer/photographer Hedi Slimane and supermodel Agyness Deyn is an intriguing black and white editorial for the Man About Town Spring/Summer 2011 issue. At 28, the multitalented Deyn is one of the world's most well-known supermodels. She has appeared the US, UK, and Italian versions of Vogue, and has starred in ad campaigns for Burberry, Armani and Vivienne Westwood.

Hedi Slimane is similarly talented. From 2000-2007, he was the head designer of Dior Homme. Prior to that, he served as the head designer of Yves Saint Laurent. The duo's collaboration for the Man About Town Spring/Summer 2011 issue features a beautiful Deyn brooding in a series of androgynous photos both out and indoors.

Check out the the shoot to see what happens when two of the fashion world's most talented artists get together.
3.7
Score
Popularity
Activity
Freshness
Attend Future Festival