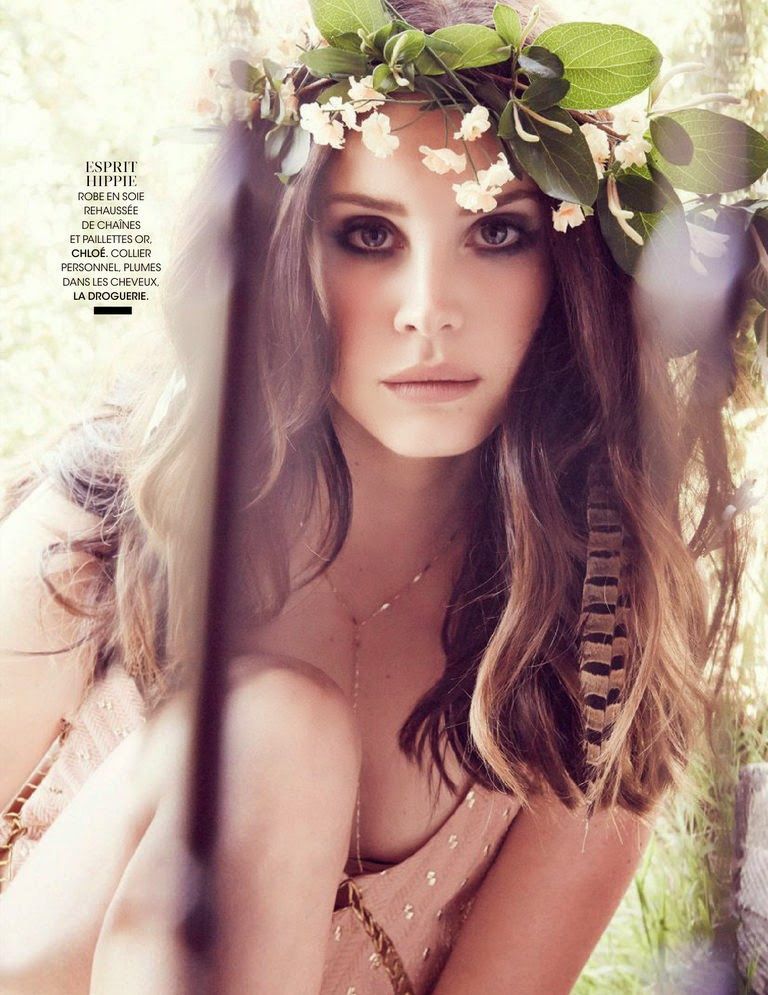 Meghan Young — July 1, 2014 — Fashion
References: madame.lefigaro.fr & fashiongonerogue
Share on Facebook Share on Twitter Share on LinkedIn Share on Pinterest
Good music and even more of a good-looking singer, there is a reason why the Madame Figaro July 2014 cover shoot is so captivating. With her album ‘Ultraviolence’ number one on the Billboard charts, she has a lot to promote. Dreamy and sensual, the looks suit the sound of her latest songs to a T. Not to mention that they embrace the musical festival summer scene perfectly.


Shot by photographer James White, the Madame Figaro July 2014 cover shoot embraces specific looks such as the ‘L.A. Woman,’ ‘Esprit Hippie’ and ‘Clair Obscur.’ They were put together by stylist Cecile Martin, who pulled pieces from the likes of Chloe, Maiyet, Zadig & Voltaire and more. Going from day to night, the looks are perfected with tousled tresses, long lashes and pouty lips.