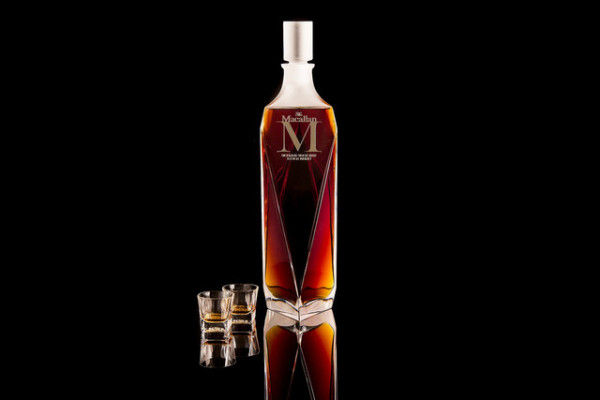 This Macallan "M" Decanter Holds the World's Most Expensive Whiskey

Back in 2010, a bottle of Macallan “M” whiskey in a Lalique decanter was auctioned off at Sotheby’s for $460,000, but this most recent auction significantly tops this bid and now takes the title of the world’s most expensive whiskey.

The $630,000 Macallan “M” whiskey is bottled in a six-litre Imperiale decanter with a faceted design and it is so highly priced because it’s just one of four editions. The Imperiale decanters were the largest ever made by Lalique and each one took 17 people and over 50 hours to craft. This one is signed by Fabien Baron of Baron & Baron, Macallan whiskey maker Bob Dalgarno and the CEO of Lalique crystal.