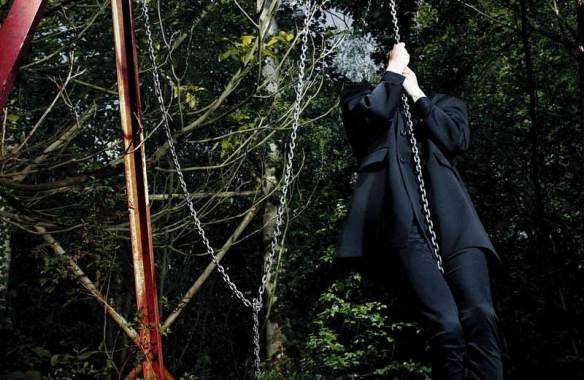 Corinne Guirgis — September 15, 2011 — Fashion
References: fashiontography.blogspot & piecesnmelodies
There's nothing childlike about photo series ‘Lullaby’ by Willy Vanderperre. The shoot, which will be feautured in Love Magazine's 6th issue, takes to the playground to tell a dark and twisted fashion story using sporadic shades of color, extravagant makeup and eerie snapshots.

Since its debut, Love Magazine has been celebrated in the fashion and media world for its avant-garde, fashion forward shoots and Vanderperre's series fits right into the peculiar body of works that have infiltrated the mag's pages and changed the face of fashion. Male model Guerrino Santulliana is featured alongside Tatiana Cotliar, Querelle Jansen and Colinne Michaelis in sizzling stylistic selections chosen by Olivier Rizzo.

Implications - Though major publications such as Vogue that have been around since fashion's inception are still a trusted source for the evolution of style, the younger generation of fashionistas have broken free of convention. The increasing thirst for more individualistic apparel on part of the young generation has created a rising interest in smaller, more niche publications that showcase the progressive shift in fashion that is reflective of a greater societal shift in ideals.
1.9
Score
Popularity
Activity
Freshness