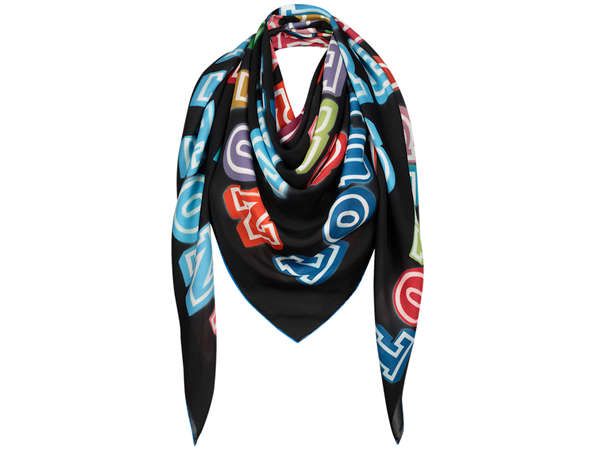 The Louis Vuitton Square Scarf Has a Hidden Neon-Printed Message

As suggested by its name, this scarf is shaped like a giant, 100% silk square, its black body contrasting its neon design. Neon letters are scattered all over the scarf's surface, which, looking closely, are revealed to spell out the words: "Great Adventures."

The contrast of a black background with these vibrant pink, green, blue and orange letters makes this scarf visually astounding and eye-catching, while its sentimental and encouraging message can't help but lift the wearer's spirits. With this scarf, it's impossible not to feel that a new adventure waits just around the corner, or that, with some bravery and some spontaneity, a the wearer can create their own daring adventure.
2.6
Score
Popularity
Activity
Freshness
Get Trend Hunter Dashboard