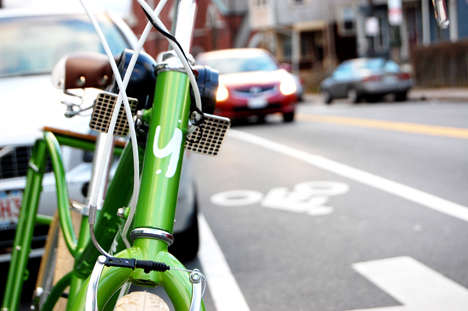 Meghan Young — January 9, 2013 — Lifestyle
References: kickstarter & core77
Cyclists brave enough to share the road with cars, as is often encouraged in cities to avoid congestion on sidewalks, can attest to drivers' overall disregard for their safety; the LOUD Bicycle Horn hopes to change that. Instead of quietly cycling along the side of a street, essentially staying invisible to drivers, the LOUD Bicycle Horn allows riders to signal their existence on equal footing.

Designed by Boston-based Jonathan Lansey, the LOUD Bicycle Horn has been made to sound just like a car. Since drivers have been trained to react quickly to such a noise, cyclists gain huge benefits to using it. Instead of screaming and ringing bells, which can often be drowned out by blaring radios, cyclists have a better chance of riding safely with the LOUD Bicycle Horn.
5.1
Score
Popularity
Activity
Freshness