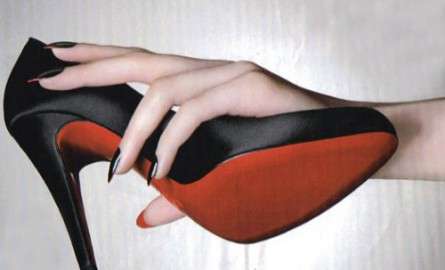 Known for its creation of over-the-top designs, the Nail Bar has quickly become an American hot spot, and has continuously catered to a daring female clientele in search of head-turning looks. Emulating the black-top-rouge-heel combo that distinguishes the expensive pumps from the rest, the new polish motif features a dark onyx shade on the top of the nail and a dark rose color underneath. In addition to being a rare designer-meets-nail adaptation, the Louboutin Manicure is also the first of its kind to place so much emphasis upon the nail’s under-bed.