Top 80 Cosmetics Trends in October
Next
Set of
Related
Ideas 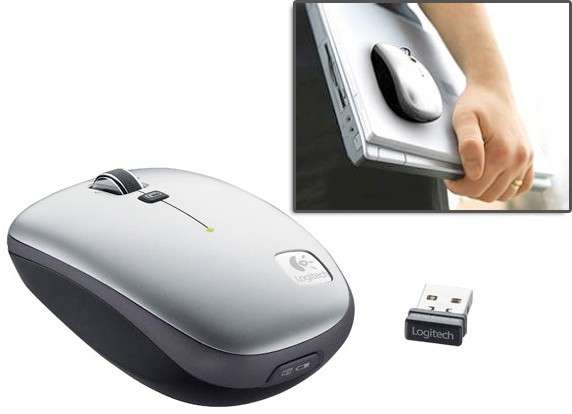 The Notebook mouse features a cool Clip-and-Go dock that enables you to conveniently dock it on your notebook and carry it around. I typically move around quite a bit with my notebook while I'm working, so this feature is certainly something to consider.

“Logitech research revealed that the vast majority of people who use a notebook PC are mobile both within and outside the home,” explained Rory Dooley, Logitech senior vice president and general manager of the Control Devices business unit. “To meet the demands associated with increased mobility, the V550 mouse offers a complete set of features to make it easier to use a mouse with a notebook when moving from the kitchen to the living room or from one’s desk to a meeting. Now, you won’t have to choose between grabbing your mouse or a cup of coffee.”

To make things even better for portability, the mouse provides 18-month life off 2x AA batteries. This is the first Logitech mouse to achieve this level of performance.

It also comes with an incredibly small 2.4GHz USB nano receiver that protrudes just 8 mm, so you can keep it plugged in when you store you notebook in its case.