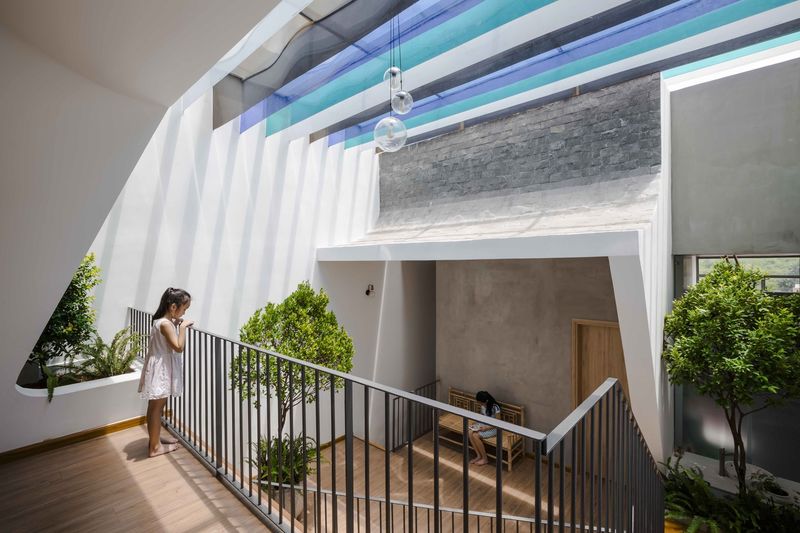 Joey Haar — June 16, 2017 — Art & Design
References: archdaily
Share on Facebook Share on Twitter Share on LinkedIn Share on Pinterest
Loc House, a family home in a residential neighborhood in Vietnam, features a bit of Gothic inspiration that belies its otherwise modern layout. The home's most striking feature is the skylight that illuminates the central courtyard, at it's made out of louvered panes of stained glass, almost like the elegant, ornate windows that adorn Renaissance cathedrals.

To be sure, the skylight in Loc House is about as similar to the classical conception of a Gothic stained glass window as Matisse's rendition. The glass has no discernible image that it depicts, opting instead for a graceful and subtle array of shifting panes. Further, those panes are louvered rather than attached to one another, which gives the added benefit of increased airflow to keep the home cooler during the Vietnamese warm season.
2.1
Score
Popularity
Activity
Freshness
View Innovation Webinars