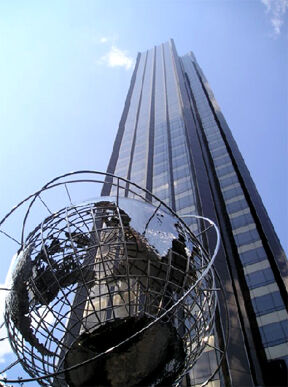 The liquid gold spa treatment wraps are the perfect way to drape yourself in riches, and make an unforgettable gift for the woman seeking the ultimate in indulgence.

"Created by Plus One, a New York-based designer and operator of luxury spas and state-of-the-art fitness centers, and manager of the Trump spa, the wrap offers discerning spa guests the ultimate combination of optimal skin care and guiltless decadence," a press release said.

For nearly one hour, spa goers can have their bodies immersed in pure gold minerals and Egyptian chamomile. Treatment includes an exfoliation scrub for impossibly smooth skin after which guests are wrapped in soothing hot towels to prime themselves for the head-to-toe Liquid Gold body wrap which not only hydrates the skin, but when removed after 15 minutes, leaves it in the ultimate state of softness. Once again, the guest is draped in hotel towels, this time to gently remove the last trace of golden residue to prime it for a muscle soothing massage with oils infused with golden particles.

To top off the opulent treatment, guests are dusted in shimmering, iridescent gold powder.

Forget decking your tree in golden bobbles, showering yourself in the glitzy goodness is the ultimate way to experience shimmer this holiday. Ready to splurge? Head over to the Trump Spa at One Central Park West in NYC.
4.8
Score
Popularity
Activity
Freshness
Access Advisory Services