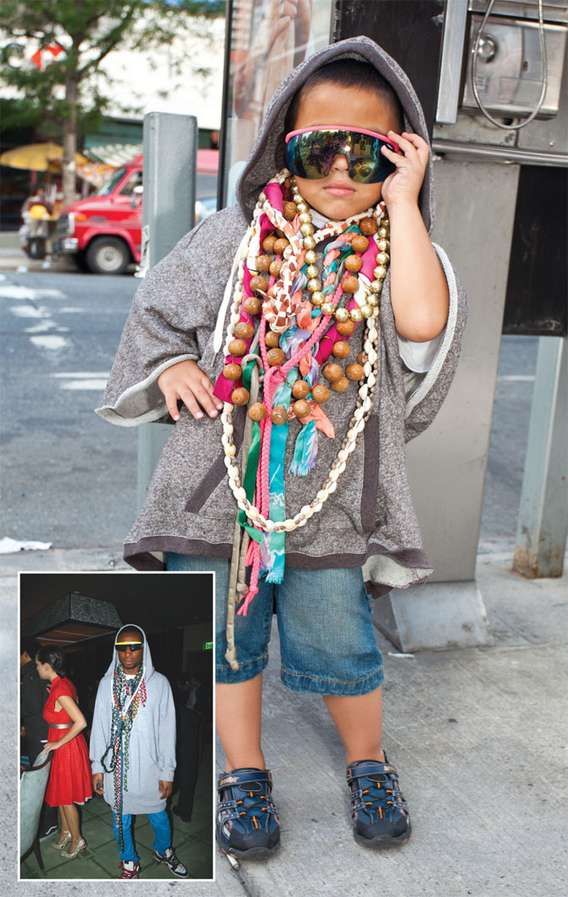 Marie C. Hudson — August 13, 2011 — Fashion
References: viceland
Share on Facebook Share on Twitter Share on LinkedIn Share on Pinterest
Hipster streetwear gets a hilarious makeover in the Vice Magazine 'Li'l Dos and Don'ts' photoshoot. The series recreates fan favorite pictures from the magazine's popular 'Dos and Don'ts' weekly feature, which rates the outfits of real people out and about. When worn by toddlers and babies, these looks are transformed into priceless pieces of work. The outfits that were once considered acceptable hipster apparel are put in a completely different perspective, with the result being wonderfully entertaining and adorable.

Of all the photos, my favorite is definitely the shot of the youngest model, a baby with a mohawk, wearing a Harley-Davidson vest. Too small to even stand on his own, the tot is held by an adult and looks a lot happier than the original person in the photo from whom this look was pulled. The Vice Magazine Li'l Dos and Don'ts shoot is lighthearted, poking fun at itself, and will surely put a smile on anyone's face.
6.9
Score
Popularity
Activity
Freshness
Attend Future Festival