Alaina Paradise, Owner of One World Flowers (INTERVIEW)
Next
Set of
Related
Ideas 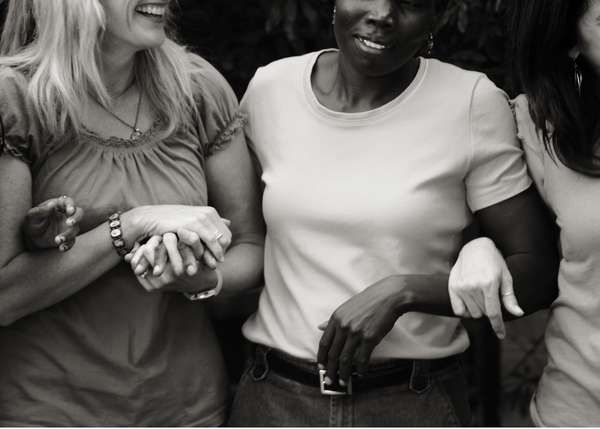 Tiana Reid — April 10, 2012 — Social Good
References: theopenarmsshop
Share on Facebook Share on Twitter Share on LinkedIn Share on Pinterest
After featuring The Open Arms Shop in mid-March, SocialBusiness.org had the pleasure of interviewing Leslie Beasley, its Co-Founder and Managing Director. Here, she shares the story of the inspiring social enterprise that provides living wages to women through the sale of sustainable scarves and skirts which are upcycled from t-shirts.

At the root of this social enterprise, however, isn't necessarily the product. That's just the means. The backbone of Open Arms is to break the cycle of poverty and interrupt the common traps in which many refugee women in the United States are subject to. Living wages are one means, but social impact also comes through family-friendly hours and ESL and enrichment classes for those women who need it.

Open Arms got started with seven people who cared deeply about the cause at hand. With a medley of time, effort, love and passion, Open Arms is now a social business with a backing of a team of women who are all working to create an environment in which refugees have better opportunities upon arrival in the U.S.

SocialBusiness.org: How did the idea for the business model come about?

Leslie Beasley: A simple answer to that question is that we saw a tremendous social need in our community. My background is in non-profit work and just realizing that there’s just too much of a burden for non-profits and charities to solve all the world’s social issues. We had this real conviction and motivating feeling that if businesses got out there and started attacking these social issues alongside charities and non-profits, to think exponentially how the world could change.

The business model basically came out of that knowledge of how the non-profit world is working so hard and tirelessly and we need to expand it to the profit world as well. So that’s sort of how the business model came about, and also just realizing that in our case the social issue, as you know, is about refugees that have been resettled in the United States and how there is a poverty trap that happens for the vast majority and seeing that if people are given the opportunity to rise out, a way that provides them dignity and opportunity to reveal their gifts and talents and to be all they can be, that along with that comes sustainability. That is beautiful and everybody has a shot with that. So we wanted to have a business model where the refugee community that is being employed to be very directly involved in their own future. Without it being that somebody is giving it to them in a way that they may not continue.

SocialBusiness.org: Why this cause over another? Why refugees? Is there a personal connection?

Leslie Beasley: I spent time overseas, primarily in Africa, but in India too. And what really proceeded this was sitting in a refugee camp in Uganda and spending time with refugee women who were these beautiful women. Ninety percent of them had contracted AIDS because of the violence that had been going on in northern Uganda -- tragic, tragic, violent crimes against them. When I sat with them, they had already migrated away but many of them had children, and many of their families had outcast them. I guess what happened for me was I was talking to one women specifically and we started connecting. We’re both mothers… We were both sisters… We’re both daughters… and I felt in the moment that I was having a reflection back at myself in this mirror. I realized that we all need to be a part of lifting each other up, right? It’s the human community. So after that experience with these women, I was so inspired by them because of their strength and that they had not lost hope after all they had been through. It deeply inspired me, so I came back to Austin and started seeking out the refugee communities here. And that’s when I discovered there’s this enormous community of refugees in Austin and all around the country and world that are resettled, and instead of it being this glorious opportunity for them, because it *is* a great rescue, in a sense, they are able to get out of the refugee camps, out of danger and get resettled somewhere. But, what I quickly discovered is once they get here then they fall into other traps. They’re safe -- that’s important -- but they fall into poverty most often. So I started working with the refugee community here in Austin, and witnessing the poverty, the isolation, the being put in certain areas where the opportunities that freedom should allow them… It wasn’t really happening. So that was the personal experience that led us to this community specifically.

SocialBusiness.org: Your background is in non-profits. How did you decide I guess to make the switch from non-profit to social business? Were you working with refugees in the non-profit sector as well?

Leslie Beasley: When I came back from this experience that lit the fire for this idea in Uganda, I started volunteering at a local resettlement agency in Austin. And that’s when I was working with the refugee community here. I went to the director of that agency and I said, “I really want to do something, and I have a great set of extremely talented women who would circle around something. What is your biggest need?” And that’s what was the seed. This personal enterprise was her answer. Her answer was: “The biggest need is living wage employment.”

And it’s our most vulnerable that can’t find jobs. So, when she said that, basically, I said “Okay, give me a month or so to come up with some ideas and I’ll get back to you.” It was a really wonderful partnership with this agency and with this director, because we were able to brainstorm back and forth because she had such a wealth of knowledge and experience with skillsets and that kind of thing. And that’s kind of what navigated us towards this particular business.

SocialBusiness.org: How do you get your inspiration on a daily basis?

Leslie Beasley: Good question. I would say a lot of my inspiration comes from being with the women that work at Open Arms. I really say that in such a deep sincere way. For me personally, and I think our whole team would echo this, there is such an inspiration that comes from working with women who have conquered ‘insurmountable’ odds. It’s extremely inspiring to watch someone work joyfully and with a lot of hope after knowing what they have lived through, watching children get killed, or rape, or watching their home get pillaged and things that are hard to make sense of. One of the things we do at Open Arms is every day at lunch, you may have seen this in the videos that you posted… Every day at lunch, it’s organically become a community lunch and everybody shares food. For the majority of our team, that’s naturally how meals are shared and it’s been a big lesson for us in America, because you know normally we’re used to eating on our own and having our own sandwich or whatever. We’ve all learned that it’s so much more enjoyable and there's so much to be shared by sharing food and having it together… That inspires me every day when we sit down and share food together and share stories together.

I’m also inspired by the international communities, because for whatever reason I feel very connected. I recognize that we’re all brothers and sisters and so it’s inspiring for me to get to work with people from all over the world, and with different life experiences. And I do get inspired be reading other stories, just like what you’re doing -– bringing out people from all over the world that are trying to create social change. I’m inspired by that. I’m inspired by traveling. I get a lot out of touching and feeling and meeting and being a part of the living experiences around the world. That inspires me a great deal. And then, I have a faith that is born into me, to fit love into action. And that inspires me.

SocialBusiness.org: Do you have any advice for aspiring social entrepreneurs, people who want to start social businesses?

Leslie Beasley: My advice to social entrepreneurs who would want to start a business is that number one, if you have a passion it can be done. One of the things what we’ve done at Open Arms is we very intentionally started this business without trying to raise a lot of capital. We wanted to see if it was possible to do something in a more grassroots way. Our investment has been in human capital –- a team of 7 women with a lot of different talents came in and gave a year pro-bono. So there was a lot of investment, but it wasn’t a typical dollar investment like a lot of startups. And we want people to know out there that if you have an idea and you have a passion, not to get intimidated that you have to also have, you know, a million dollars to make it work –- that you can do it. Do it in a grassroots way that it can work.
1.1
Score
Popularity
Activity
Freshness
Access Advisory Services