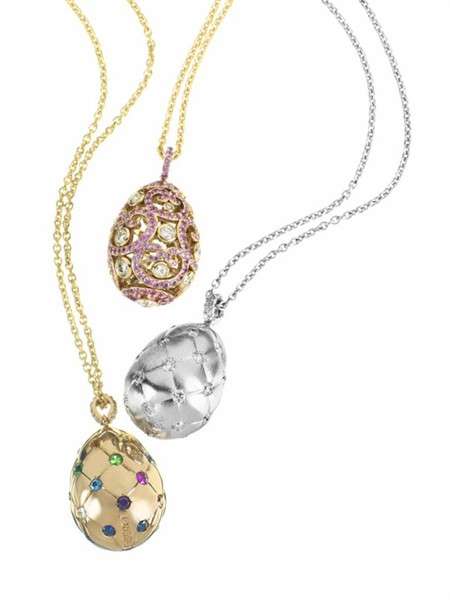 Meghan Young — July 21, 2011 — Fashion
References: faberge & luxury-insider
Share on Facebook Share on Twitter Share on LinkedIn Share on Pinterest
It has been some time, 94 years to be exact, since Faberge has released a couture egg collection, and that is why the Les Fameux de Faberge line will be highly coveted and appreciated by jewelers, fashionistas and wealthy women from around the world. As the first line since 1917, these stunning jeweled egg pendants have finally hatched, receiving a warm welcoming embrace by the couture world.

As a tribute to the legendary Imperial Eggs created by Peter Carl Faberge for Russia’s imperial family, the Ramanov’s, the Les Fameux de Faberge line will surely make anyone feel like royalty. For $600,000 a necklace, however, you would probably have to be some kind of royal to afford it. Since each egg pendant boasts lightweight titanium bases encrusted with diamonds and precious gems, the cost is definitely warranted.
3.3
Score
Popularity
Activity
Freshness
Attend Future Festival