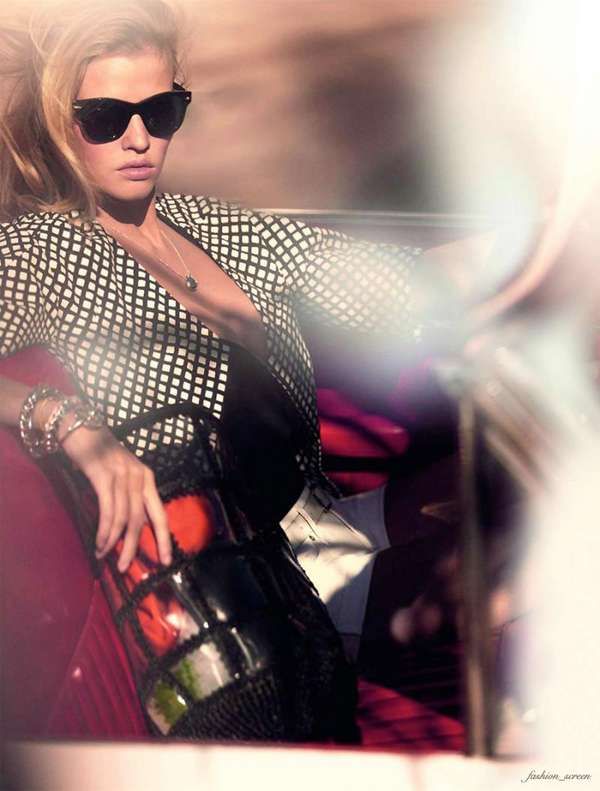 Marie C. Hudson — February 22, 2012 — Pop Culture
References: vogue.fr & zac-fashion
Share on Facebook Share on Twitter Share on LinkedIn Share on Pinterest
Readers of tabloid magazines around the world are accustomed to seeing candid paparazzi captures of their favorite celebs attempting to go incognito while out on the town, but it isn't often one finds Lara Stone in Vogue Paris striking similar poses for a fashion editorial.

Titled 'Weekend à Rome,' the photoset features the supermodel in staged paparazzi-style shots, trying to fly under the radar with sunglasses, hats and other disguises. Captured by the lens of Mikael Jansson, the photos are incredibly convincing, despite Lara being slightly better dressed than most celebs are while running errands. Stylist Anastasia Barbieri blends vibrant 1960s-influenced pieces with sparkling accessories from the likes of Dior and Tiffany's to create a timeless Hollywood glam look, which Lara pulls off perfectly.

In an age where celebrity culture seems to invade nearly every facet of one's life, it seems only appropriate that Lara Stone in Vogue Paris March 2012 should embrace the celeb paparazzi obsession, and have some fun with it.
4.5
Score
Popularity
Activity
Freshness
Get the 2021 Trend Report FREE