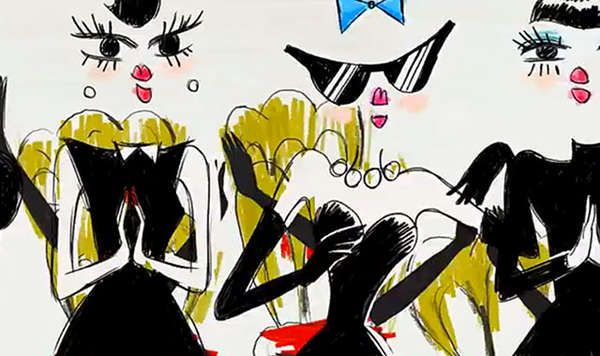 Meghan Young — January 16, 2013 — Fashion
References: lancome-usa & trendland
Share on Facebook Share on Twitter Share on LinkedIn Share on Pinterest
The Lancome by Alber Elbaz line is undeniably a match made in heaven. Although it only has a playful teaser video to convince people of that fact, there really is no need for convincing. The video itself says it all. From swooning women to an adorably illustrated Alber Elbaz, who happens to be the Creative Director of Lanvin for those living under an unfashionable rock, the teaser sets the mood perfectly.

His first venture into the world of cosmetics, the Lancome by Alber Elbaz line is set to debut globally on June 15, 2013. Youcef Nabi, president of Lancôme International, says in a statement, “His sense of luxury, his vision of femininity and that hint of audacity resonate perfectly with the new values of the Maison Lancôme.”
3.8
Score
Popularity
Activity
Freshness
Get Trend Hunter Dashboard

Football-Inspired Moisturizers
GameFace Moisturizer is Marketed for the Macho Man