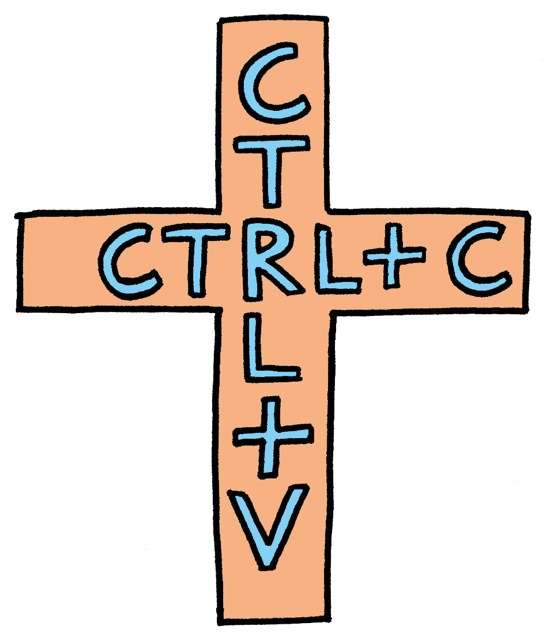 Kopimism is Now an Officially Recognized Form of Faith

The symbols most coveted by Kopimists are CTRL+C and CTRL+V, effectively turning traditional religious emblems on their head. According to Kopimism’s founder Isak Gerson, the copying and spreading of information is a holy act and is moreover critical to human thought.

For those concerned about not being able to attend mass in Sweden, don’t worry, as Kopimists gather on the Internet. Oh, and beware of the creators of Copyright, also known as the devil.

It’s quite apparent that Sweden’s canonization of Kopimism coincides perfectly with the current debate surrounding the SOPA and PIPA bills, acts which threaten the very foundations of this newbie religion. Coincidence? I think not.
3
Score
Popularity
Activity
Freshness
Access Advisory Services