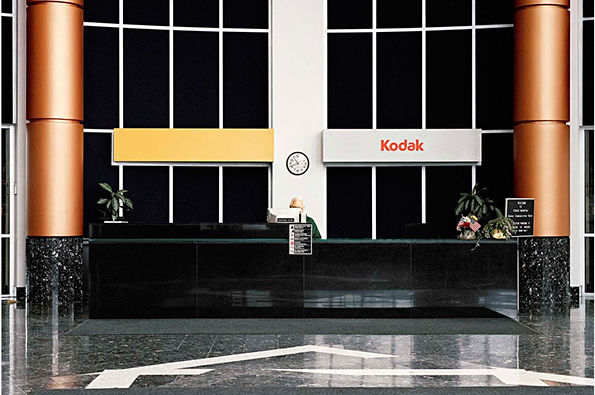 Once upon a time, Rochester, New York -- the birthplace of photographic film and home to the Kodak empire -- was a prosperous city in full swing. Today, it's a modern-day ghost town, characterized by abandoned factories and unpopulated streets. In our Instagrammed day and age, photographic film has been rendered all but obsolete.

Leutenegger’s series documents the remnants of a former industrial hub that has been overwhelmed by the digital age. She explains, “It’s like pickling moments in formaldehyde. It’s a sensory object, a conveyor of messages and emotions in an environment that is dominated by the virtual.” Ultimately, Kodak City documents the vestiges of the past, while simultaneously commenting on the constant, unrelenting digital evolution of the future.