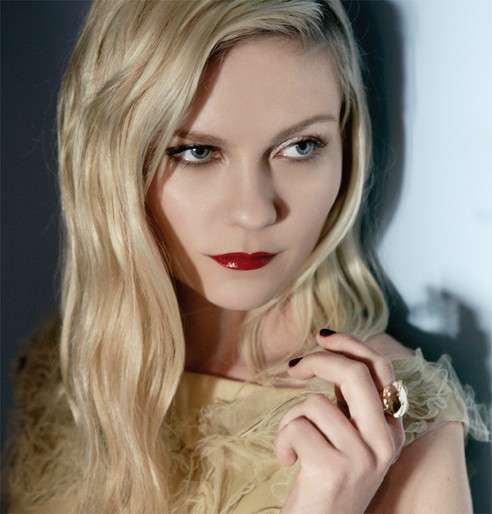 Souzan Michael — December 2, 2011 — Pop Culture
References: cocoperez & ohnotheydidnt.livejournal
It seems that Ms. Kirsten Dunst is quite keen on making a comeback in Hollywood, and adding to her list of recent appearances, project and magazine covers, is the Kirsten Dunst C Magazine December 2011 editorial shoot.

The blonde beauty is featured on the cover of the California lifestyle magazine looking just about as stunning as ever. Wearing designs that range from a chic orange leather sheath dress to a provocative cleavage-baring black mesh dress, and even a feminine, nude-colored top adorned with flirty tulle, Dunst proves that she can rock a variety of different styles and look stunning in each one.