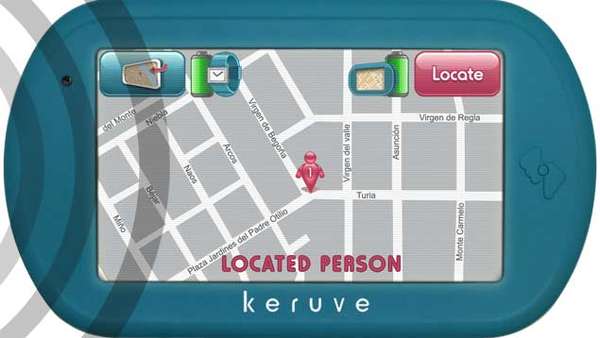 The Keruve 2010 GPS Wristwatch is Discrete and Reliable

Bianca — September 23, 2009 — Lifestyle
References: blogalzheimer
The Keruve 2010 is a watch designed to aid people living with Alzheimer’s disease. It has a built in GPS so it can function as a locator for caretakers of Alzheimer’s patients; it’s designed like a traditional watch-face so it’s also discrete, making it favorable to other devices.

The person with Alzheimer’s wears the GPS Watch while their family or caretaker keeps a Portable Receiver to track the wearer’s location. If the person wearing the Keruve 2010 watch goes outside of a designated safety zone, or the battery life gets low, an alarm will let the person with the receiver know.

The Keruve 2010 is the creation of Vision Localization Systems and CEAFA (Spanish Confederation of Relatives of Alzheimer’s) and made its global debut on World Alzheimer’s Day. The gallery shows images of the Keruve 2010, including images of the actual GPS interface.
2.5
Score
Popularity
Activity
Freshness

Blank Ads
Alzheimer's South Africa: Remember Who They Were