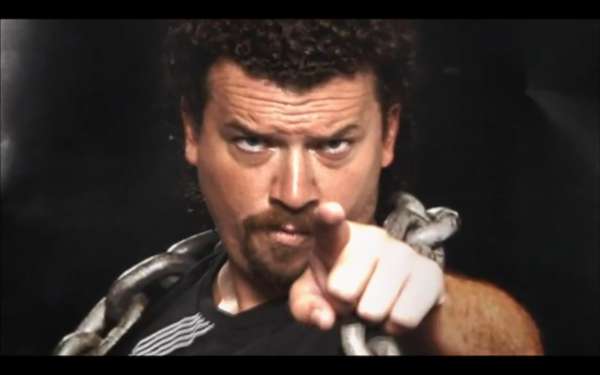 Jordan Sowunmi — July 12, 2011 — Pop Culture
References: kswiss & adweek
Share on Facebook Share on Twitter Share on LinkedIn Share on Pinterest
Over the last few years, Danny McBride has established himself as one of the comedy world's go to men for brash, vulgar and memorable comedy, and the new Kenny Powers K Swiss CEO commercial will only further enhance McBride's burgeoning star reputation.

The Kenny Powers K Swiss CEO commercial features the 34-year-old McBride reprising his character from HBO's irreverent cult classic, "Eastbound & Down," and shows the washed up baseball star as the CEO of the company whose products he has endorsed since 2010. Kenny Powers decides to take the company in a new direction by enlisting the help of fellow athletes (UFC's Jon "Bones" Jones, WWE's Rey Mysterio, the NFL's Matt Cassell, and Hollywood trailer Jillian Michaels) to harass the company's employees and ensure that they are performing at their highest level.

The Kenny Powers K Swiss CEO commercial is a strictly online campaign and is airing now.

Implications - One of the best ways a company can create a lasting image in the minds of consumers is by featuring advertising with familiar characters that focuses solely on comedy, particularly through long-form online-only marketing. By enticing consumers to watch your advertising with entertainment in their mind first and marketing second, the company has a better chance of embedding product loyalty and information in the minds of consumers.
2.1
Score
Popularity
Activity
Freshness
Attend Future Festival