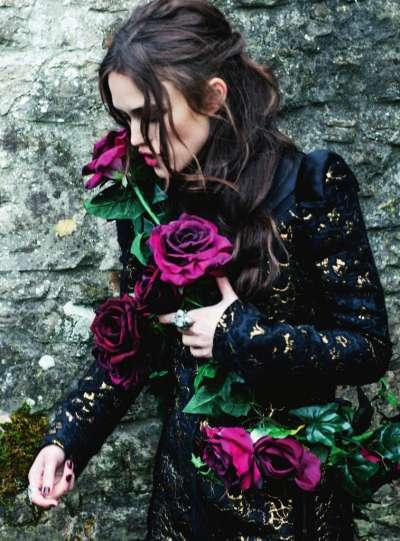 Kiera is usually captured fresh-faced with minimal makeup, but the makeup artist has taken a different approach by applying a rosy blush, pink-stained and dark red lipstick and smokey eye shadow to Knightley's porcelain skin. Her hair has been partially pulled back and pinned with the remainder of it hanging down in loose, textured curls, adding more romanticism to her look.

Her clothes, which were styled by Cathy Kasterine, include long velvet gowns, lace jackets, studded black boots, pants and a gold crown. Kiera looks like a member of the royal family with her regal attire, which is made edgy with a dark twist.
6.4
Score
Popularity
Activity
Freshness
Attend Future Festival