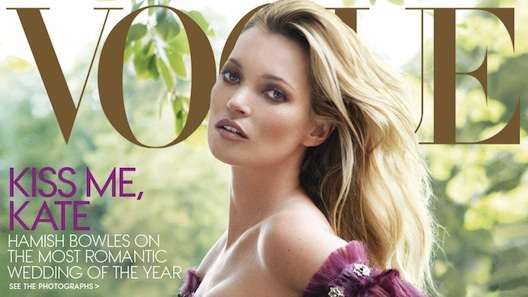 Shot by famed photographer Mario Testino, the shots of Kate Moss on her wedding day are stunning. Moss married Jamie Hince on July 1st, 2011 and the resulting photographs are perfectly bohemian and ethereal, just like the supermodel herself.

Kate Moss also revealed that the inspiration for her big day was F. Scott Fitzgerald's The Great Gatsby.

She tells Vogue, "I wanted it to be kind of dreamy and 1920s, when everything is soft-focus.... The Great Gatsby. The code name was GG for a while."
6.6
Score
Popularity
Activity
Freshness
View Innovation Webinars