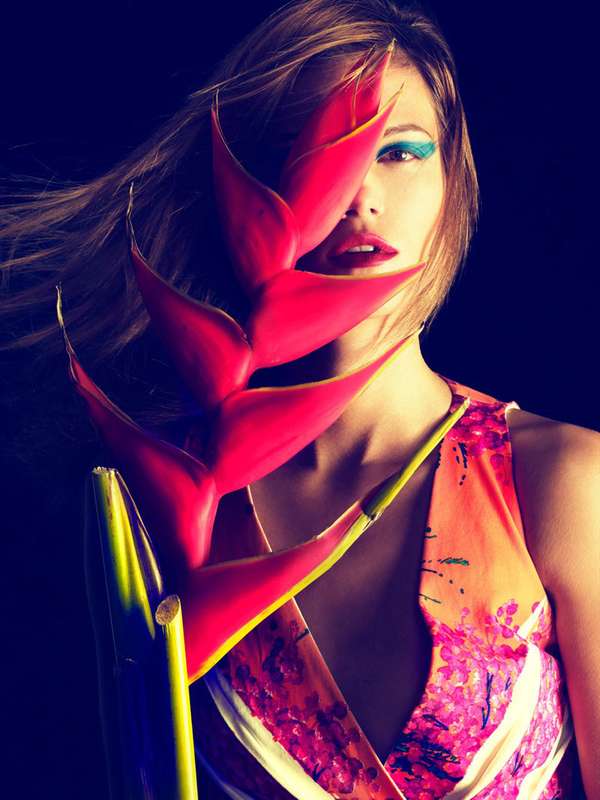 Meghan Young — February 16, 2012 — Fashion
References: harpersbazaar.es & fashiongonerogue
Share on Facebook Share on Twitter Share on LinkedIn Share on Pinterest
The Kasia Struss Harper’s Bazaar Spain editorial has a tropical theme that is entirely inspired by the colorful, floral fashion worn by the model. Instead of being set in a lush jungle, the photo shoot accentuates the vibrant ensembles with the occasional bird or exotic flower. Otherwise, it is a typical studio photo shoot.