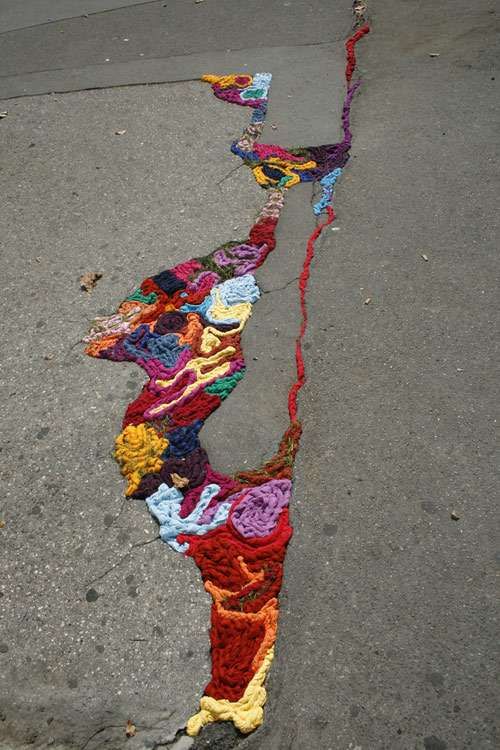 For anyone who has lived in a city, or near any road for that matter (probably most people), potholes can be a constant annoyance -- particularly because the amount of time it takes for them to be repaired, if ever, is oftentimes extensive. But where most people might see just a nuisance, Juliana Santacruz Herrera's art instead highlights an opportunity for vividly colorful imagination.