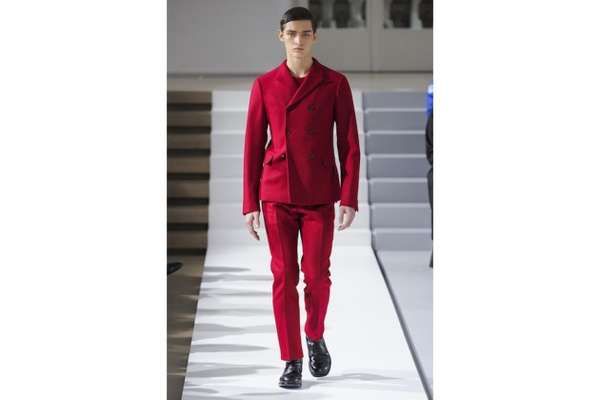 Double-breasted coats in various color palettes and stand-up collars were some of the few pieces, which evoke subtle hints of military influences. Not afraid to use color, the designer used lots of Russian reds and military greens on a few pieces, which were mixed in with more classic and subdued color varieties.

Pin-striped suits were also prominent throughout the collection, which is very reminiscent of the gangster style of the 1940s and 50s. Finally, a more subtle plaid fading hombre pattern was also seen on a variety of coats. The Jil Sander Fall 2013 collection infuses a perfect amount of rugged and upscale vibe to its newest line.